In last two weeks, on two separate occasions, I needed a simple web service that would act as proxy to remote servers.

First, while writing my crude twitter ticker in Silverlight, I run into issue with lack of support for GIF images in Silverlight, and potentially also with accessing 3rd party servers. Normally, Silverlight and Flash (and also JavaScript) are able to freely contact ONLY their server of origin, but due to XSS attacks accessing other hosts is… less than ideal.

In this case I set up a simple ASP.NET handler that receives requests from my Silverlight program using URL like this:
http://localhost/imageproxy.ashx?url=http://remote.server.com/some/alien/avatar.gif

then the service contacts the URL specified in parameter, downloads the data and returns it to the original Silverlight app, in single trip. In my case the service also re-encodes the images as JPEG’s or PNG’s which are easier to work with in SL, but that step is optional, as most of the pictures are JPEG’s anyway and are passed through without changes. I used code from the article Silverlight: Handling Cross-Domain Images and Gifs by and modified it slightly.

A week later I was forced to overhear my colleagues talking repeatedly about problems with accessing MS Reporting Services from Java and blaming Integrated Windows Authentication (a.k.a. NTLM). When they started considering setting up ISA Server (aptly renamed to Microsoft Forefront Threat Management Gateway), I offered a single-file alternative that I could write in 5 minutes. Java would call this unsecured proxy, which in turn would apply security and access the MS Reporting server.

Two hours later the file was mostly done, tested and somewhat working. In order to host it under IIS on Windows you need to put it some existing “web folder”, e.g. c:\Inetpub\wwwroot\ or create separate one using IIS manager. No manual compilation is needed, just make sure the server has ASP.NET installed and enabled (tested on version 4.0 and IIS 7.5).

The usage is similar to the previous example, but it adds hard-coded credentials and POST support, used for talking to SOAP web services.

Please see the whole file below, including a funny fake password. Some cleaning and tuning advised, regarding error handling and security. I’m posting it anyway, even though one could probably write it from scratch faster than read this lengthy blog post.

The file should be saved with .ashx extension. Use at your own risk.

Today at work I was forced to change my silly, complicated Windows password: Pas$w0rdX to Pas$w0rdY.
That’s it. I changed one letter and called it a day. And not just any letter. The last letter. And I changed it in the least relevant way. I incremented it by a single bit. Looking at binary representation, this is my password before and after the change:

Looks like my network administrator hopes that in case my old password was about to be compromised by a hacker (for example by using the simplest method possible – trying all possible combinations one after another), he/she won’t be able to hack it now. Phew, disaster averted.

This ridiculous waste of time led me to idea: in order to make the hacking as difficult as possible, I will switch to

Of course I could make it idiotically long, but where is the fun in that? Instead, I will use the strongest password that fits in the minimum length, lets say 8 characters.

Translating to decimal, it’s series of 8 bytes with value 255 (binary 11111111) each.
And now, the ultimatest safety haxx0r. Please turn on the NumLock key on your keyboard, and check the character that the code 255 produces:

First, you need to open Notepad and press and hold Left Alt, and then use the numeric keypad to type the character code. Tablet and Apple users should not apply, they don’t know what a numpad (nor a password) is:

Still holding that Alt key? Type 255 on the numeric keypad (while nothing happens) and… release the Alt key.

That’s it! Did you miss it? You just typed it! Code 255 produces an invisible space character!
Now, type it 7 more times.

Now, you can even save it on pendrive or print it and tape it to your desk. Your ultimate password is invisible and secure!

A friend made a pun about lack of windows in the incoming Windows Phone 7:

Funny, because there seem to be none. Also, even in Windows Mobile, the predecessor to WP7, they weren’t really used (the only “window” that I could drag was probably a MessageBox control). However, since the WM was based on Windows CE, which in turn was based (visually) on Windows 95… there are windows there, and you can even move them ;-)

While I am sure that similar API is technically present (though not available) on Windows Phone (which is based on Windows CE, too), I have even better answer to the title question:

The phone itself is a window. A window to the world your data:

The suggested UI layout for most applications, called Panorama, shows it very clearly, by offering a seamless – yet modular – view. It would be even cooler, if you could pan or tilt your phone (or move your head, tracked by the ..gulp.. non-existing front-facing camera) to change the “point of view”. But dragging with fingers should do for now.

What’s that? You asked for plural windows? Damn…

I had a need today to quickly test some functionality of an existing assembly. It is a part of a web app, but can be tested without a web context. It also could be (and partly is) tested using unit testing (nunit in this case). Unfortunately, I need to break some rules and manually modify the app’s environment during the test, to see how it reacts.

We (at my work) are using a relatively unpopular, yet very nice library for authorization management: Microsoft Authorization Manager, also called AzMan. Interestingly, it is a COM library with official Interop wrapper available, for which we have created yet another simple wrapper, to better interface with our system.

AzMan lets us define roles and operations, and then mix and match them to assign appropriate user privileges to our users. Its API is very simple, but it offers very flexible and elegant model. Obviously, we define some roles, such as salespeople and administrators, and assign users to them. What is particularly convenient for us is that we DO NOT hard-code any roles directly in our source:

Instead, our developers only need to care about actual privileges:

This gives us great flexibility regarding actual roles. One day we can give some privilege to engineers, another day to salespeople, and even to a single user, if he is the boss’s son. I was surprised (ok, not really) to see how often business rules need to be changed in a company. Especially when we deploy our application at several locations, all with their little quirks and differences. The idea of abstract “scopes” in AzMan elevates us to a whole new level, where we can customize role definitions to be partly inherited from “global” roles, but adjusted to local needs. And all this without really recompiling the app.

For example, in a disk management system scopes can be folders or disks, in a company they can define divisions, or – like in our case – separate manufacturing sites. AzMan also allows us to use simple code inside a privilege check:

Such snippets of code are called BizRules and offer even more flexibility without recompiling the actual app, but we decided to stick to simple true/false flags instead.

In our application we keep a simple definition of roles and privileges, called security policy, in AzMan-specific XML file, though there are other ways. When our application is loaded, we initialize a global AzMan model and create a security context for each user. The problem I worked on today is: Is AzMan aware of any changes made to the xml policy file after it has been initialized? I have read different opinions, but our experience showed that our web app had to be restarted to reload the file. Interestingly, there is a method in AzMan called UpdateCache, which we didn’t use, but which seemed to fit our needs.

Not wanting to play with recompilation of our actual complex app, I firstly used PowerShell to slip into the assembly and play around, dynamically calling some code.

I knew that PowerShell (object-aware command line on steroids) was by default included in Windows 7, but it turns out that also included is a nice PowerShell ISE (integrated scripting environment).

Of course the ISE is not necessary to get started with PowerShell, as we can use a simple PowerShell console, but the tool is a nice step up. Oh, and it includes live console, anyway. 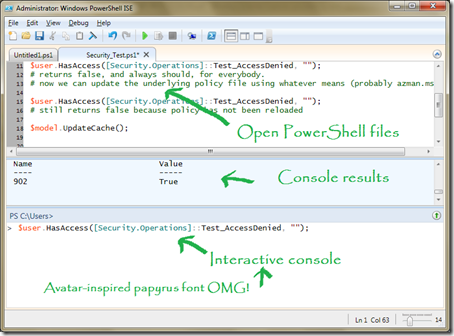 The first  thing we need to do is to import the assembly:

Then we need to instantiate the Model which in turn is used to create user context:

Now the nunit-unfriendly part: I quickly update the Policy.xml file (using azman.msc in Windows 7) and give the user with ID “S-1-XXX” access to operation “AccessDenied”.

Since my PowerShell session is still live, I can test $user.HasAccess again.

Turns out, the change was not picked up by our little Security assembly. Luckily, all we need to do is to add a call to UpdateCache:

This way I have successfully tested my code. I only need to unassign the AccessDenied operation, since my real unit tests require it to be never used by anybody.
In addition, I’ve accomplished two more things:

All the script commands above can be called either from PowerShell console, one be one, or pasted into .ps1 file (PowerShell script). Of course, the .ps1 file will not wait for you to fiddle with the policy.xml file, so you would have to add the appropriate code yourself (either call to pause/sleep or some kind of xml poke for full automation).

If you liked AzMan, you should take a look at NetSqlAzMan – open source implementation, without COM dependency but with very similar look&feel. I am considering upgrading to it from AzMan in the future.

Clipboard text support is an obvious feature for silverlight, but clipboard image support could be silverlight’s “killer feature”, and help developers choose it over Air, Flash or javascript.

This post is too long for twitter, and is the first of hopefully many posts in English on my blog. I think I will be migrating to English when writing technical posts.

Just a quick realization that I used to comment at http://www.ningzhang.org/2009/11/18/silverlight-clipboard-api/#comment-27073
Thought it may be interesting to share with all 4 of my readers ;-)

Clipboard text support is an obvious feature for silverlight, but clipboard image support could be silverlight’s “killer feature”, and help developers choose it over Air, Flash or javascript.

Simple copy/paste of screenshots, emoticons, photos would revolutionize many websites like flickr, myspace, and forums. Developers would promote silverlight popularity if only to use it for this single feature, similar to using invisible flash for “multiple file upload” feature.

Since webcam support is added in SL 4, this is the next obvious step (the user can point the webcam at the screen to “copy/paste” a screenshot, but is this user friendly?)

All the hoops that users have to go through today just to post an image on the web are some bad joke. I can fax my screenshots faster than I can put them on the web, how crazy is that?
I am sure Google realizes this and will provide a better way in Chrome, as this is one of the “must-get-rid-of” gaps between desktop and web apps, but it would be good for Microsoft to innovate when they have a chance instead of playing catch-up. 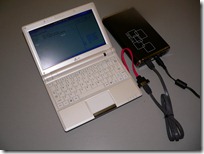 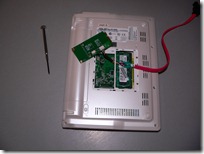 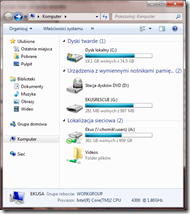 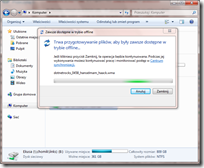